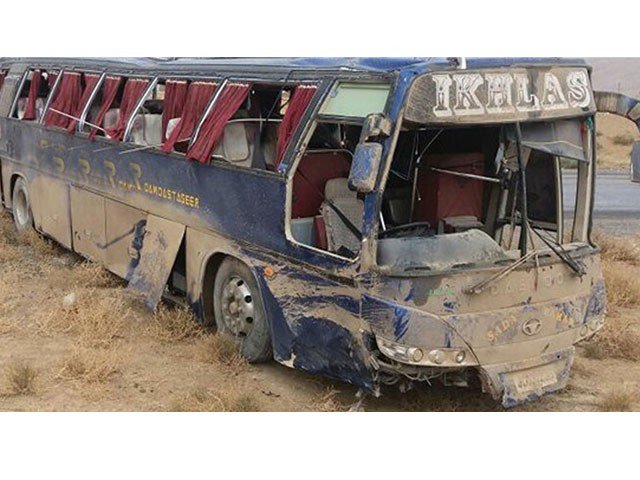 QUETTA: Ten people were killed after a speeding bus plunged into a ditch on the Makran Coastal Highway near Buzi Top Saturday morning.
Eleven people have been injured.
The bodies and the injured have been shifted to the Pakistan Navy hospital in Ormara. The deceased include five men, three women, and two children.
The levies said that the bus was travelling from Pasni to Karachi. They claimed that the bus overturned after the driver lost control of it while taking a turn on the highway. It was initially reported that the accident had occurred because of a tyre burst.
The Edhi Foundation and Pakistan Navy Coast Guards took part in the rescue operation.