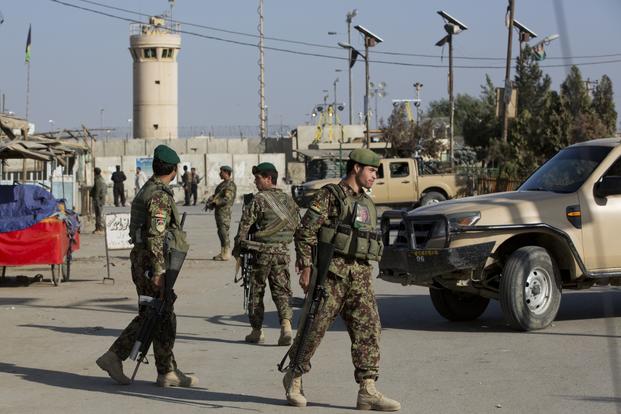 KABUL: A car bomb attack targeting an intelligence services building in the southern Afghan city of Qalat on Thursday left at least 10 people dead and 85 wounded, the governor of Zabul province told foreign news agency.
“This morning a car bomb targeted the NDS in Qalat of Zabul. The regional hospital of Zabul was also located there and has been destroyed in the attack,” said Rahmatullah Yarmal.
The bombing was later claimed by a Taliban spokesman, Qari Yousuf Ahmadi, who said the attack was against the National Directorate of Security.
The blast in Zabul is just the latest in a string of deadly Taliban bombings across the country as violence intensifies before the end of the summer fighting season.
The increase in fighting also comes after US President Donald Trump earlier this month abruptly ended talks with the Taliban following nearly a year of seeking a deal that would have allowed the US to begin withdrawing troops from its longest war.
Trump’s declaration that the talks were “dead” spurred the Taliban to declare last week that the only other option was more fighting, sparking fears of more attacks ahead of presidential elections at the end of the month.
A BBC investigation released on Monday claimed that 74 people were killed every day on average in August, with 611 incidents resulting in 2,307 deaths. …Agencies