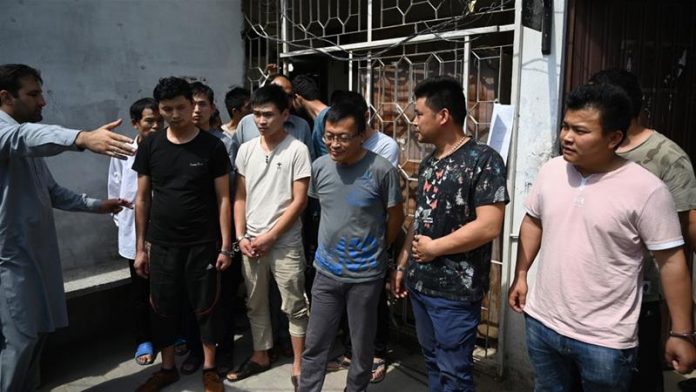 LAHORE: A local court on Saturday extended physical remand for two days of 11 Chinese nationals accused of forcing Pakistani women into prostitution.
The Human Trafficking Cell of the Federal Investigation Agency (FIA) had arrested dozens of Chinese nationals for tricking Pakistani women into marriage before forcing them into prostitution in China.
The agency produced the 11 Chinese nationals as well as two Pakistani citizens before the court of a judicial magistrate.
The court handed over the suspects to the FIA on two-day physical remand while sent two Pakistani suspects identified as Ansar and Shaukat to judicial remand.
The judge ordered that the suspects be produced before the court on May 13.
On the other hand, China on Friday expressed support for Pakistan’s crackdown on those involved in fraudulent transnational marriages said it had sent a task force to Pakistan for law enforcement cooperation.
“The Ministry of Public Security of China has sent a task force to Pakistan to carry out law enforcement cooperation with the Pakistani side. China’s position on the issue of transnational marriage is very clear, that is to protect legitimate marriages and combat crimes,” spokesperson of the Chinese embassy in Islamabad said in a statement issued here.