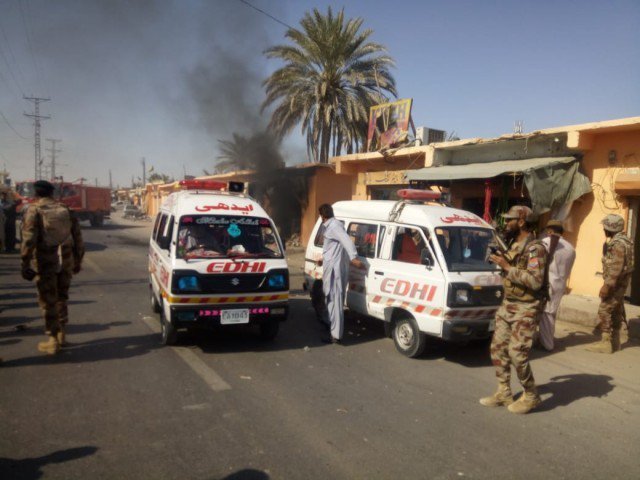 QUETTA: At least 11 people were injured in a gun attack on the office of deputy inspector general of police in Loralai, Balochistan, which was reportedly followed by an explosion in the area.
According to initial reports, the attack took place during a recruitment interview for a low-level government position.
The injured, including four police personnel and seven interviewees, were rushed to a nearby hospital while the area was cordoned off by security personnel.
Earlier in the month, four security officials were martyred and many others were wounded while staving off a terrorist attack on a training centre of a paramilitary force in central Balochistan.
Four terrorists – including a suicide bomber – were also killed in the botched attack on the Frontier Corps training centre in Loralai district.
The heavily armed terrorists attempted to storm the residential/administration compound at the training centre, according to the military’s media wing.