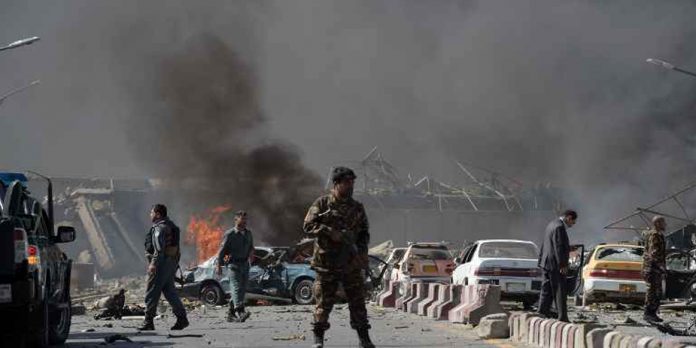 KABUL: Taliban fighters killed at least eight Afghan security force members and four civilians, as well as wounding more than 50 civilians, by blowing up a car bomb in central Ghazni province on Sunday, government officials and the Taliban said.
The Taliban claimed responsibility for detonating the bomb near the National Directorate of Security (NDS) compound in Ghazni city during Sunday morning’s rush hour. “Dozens of NDS officers were killed or wounded,” Taliban spokesman Zabihullah Mujahid said in a statement.
Arif Noori, a provincial government spokesman in Ghazni, confirmed eight members of the NDS and four civilians died in the blast, with more than 50 civilians injured. “Many injured people were being rushed to the hospital,” he said.
It wasn’t immediately clear whether the attack was carried out by a suicide bomber.
The blast in a crowded area of Ghazni city was the latest in a wave of near-daily attacks by the Taliban, who now hold sway over about half of Afghanistan and continue to intensify attacks on Afghan forces despite increased efforts towards a peace agreement to end the 18-year war. …Agencies