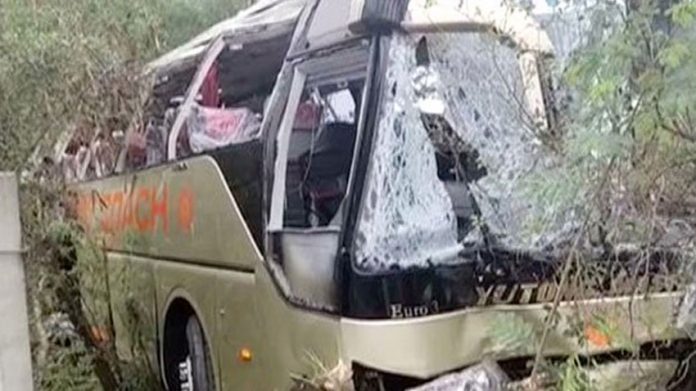 HASANABDAL: At least thirteen passengers were killed and thirty-four others injured when a passenger bus turned turtle due to over speeding on Motorway at Brhama interchange near Hassan Abdal on Thursday morning.
The bus was on its way to Lahore from Swat.
The injured have been shifted to hospitals of Hassan Abdal, Texila and Wah Cantt.