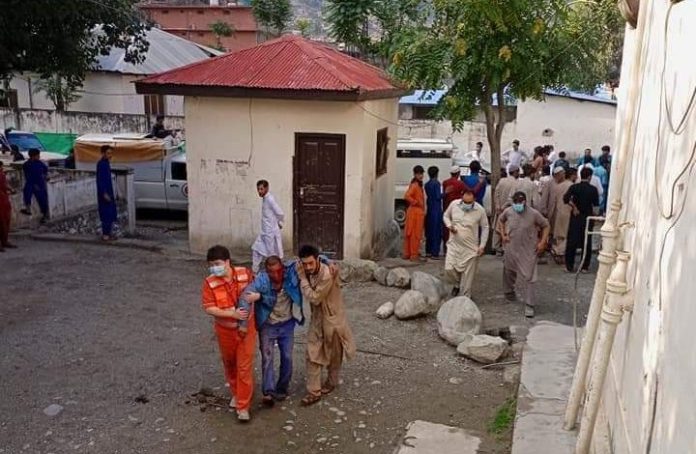 At least 13 people, including nine Chinese workers, died on Wednesday when the bus they were travelling in reportedly met an accident in the Kohistan district of Khyber-Pakhtunkhwa. The bus was carrying workers of the Dasu dam project and scores of other passengers were injured in the mishap, according to area officials.

Speaking to media, Deputy Commissioner Arif Khan confirmed the death toll and said nine Chinese workers, two local workers and two security personnel were among the dead. He added that the bus was carrying 41 people at the time of the incident.

DPO Upper Kohistan said the cause of the incident is being investigated.

A high-level delegation of the KP government has reached Kohistan on the instructions of Chief Minister Mehmood Khan.

The delegation includes Special Assistant to Chief Minister K-P for Science and Information Technology Kamran Bangash, chief secretary and K-P inspector-general of police. SACM Bangash said the media would be apprised of the situation after the matter is investigated.

Police officials said that rescue and security personnel reached the site soon after the incident and the injured were shifted to a nearby medical facility. The area was cordoned off soon after.