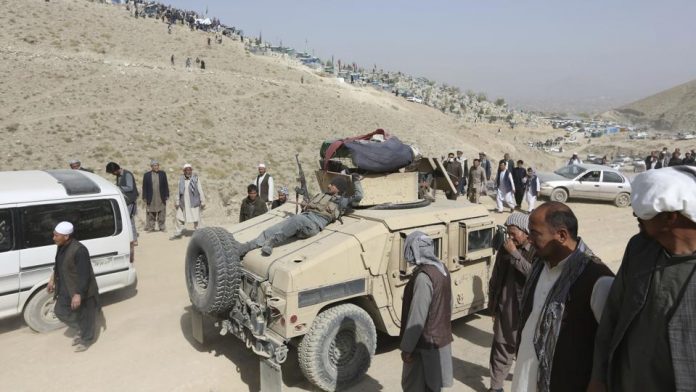 KABUL: A suicide bomber killed 15 Afghan army trainees as they were leaving their base in Kabul on Saturday, the defence ministry said, in the latest deadly attack in the capital.
“This afternoon when a minibus carrying army cadets was coming out of the military academy, a suicide bomber on foot targeted them, martyring 15 and wounding four,” defence ministry spokesman Dawlat Waziri told AFP.