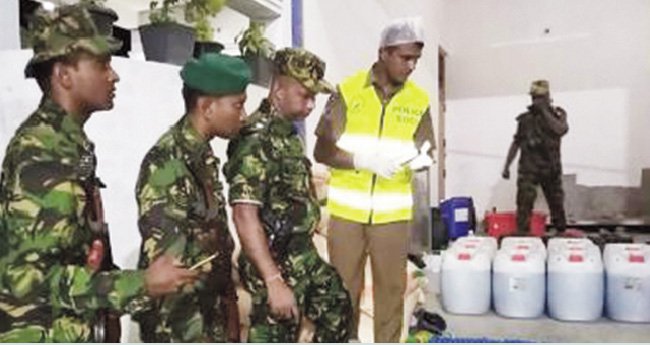 COLOMBO: At least 15 people, including six children, were killed when suicide bombers blew themselves up when cornered by security forces in eastern Sri Lanka, police said Saturday.
Three men set off explosives killing three other women and six children inside what was believed to an Islamist safe house near the town of Kalmunai on Friday night, police said.
“Three other men, also believed to be suicide bombers, were found dead outside the house,” police said in a statement.