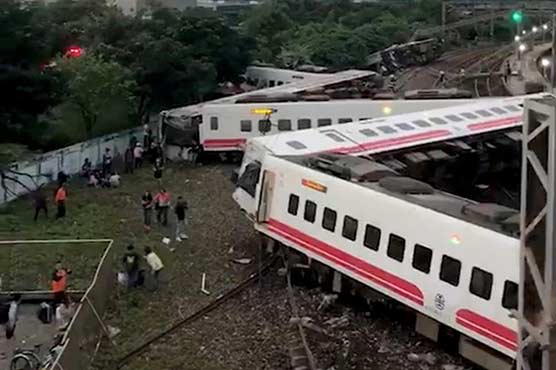 TAIWAN: At least 17 people have died after a train derailed and flipped over in Taiwan Sunday, authorities said.
The Taiwan Railways Administration confirmed the toll and said more than 70 people had also been injured in the accident in northeastern Yilan county.
At least five carriages had flipped over and were lying on their side, according to an AFP reporter at the scene.
Images from the site showed the high-speed Puyuma Express train completely derailed and lying zig-zagged across the track.
Taiwan authorities said the accident had happened at 4:50 pm local time (0850 GMT) with no cause yet given.
The National Fire Agency said there had been 310 people on board the service en route to the southern city of Taitung. …Agencies