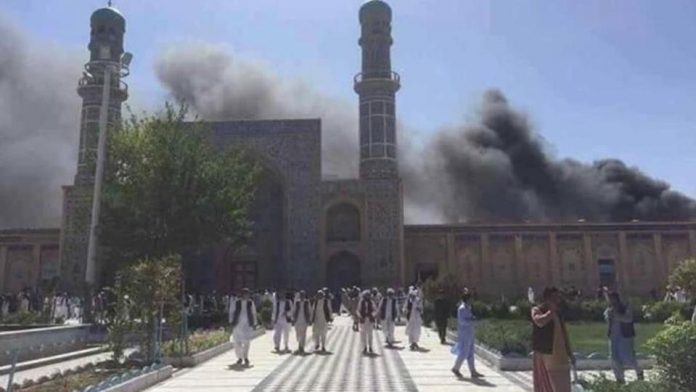 CAIRO: The death toll from an attack on a mosque in Egypt’s Sinai on Friday rose to 184, state television reported. At least 125 were wounded, the report said.
A bomb explosion ripped through the Rawda mosque roughly 40 kilometres west of the North Sinai capital of El-Arish before gunmen opened fire on the worshippers gathered for weekly Friday prayers, officials said.
“They were shooting at people as they left the mosque,” a local resident whose relatives were at the scene said. “They were shooting at the ambulances too.”
Arabiya news channel and some local sources said some of the worshippers were sufis who hardliners such as Islamic State regard as apostates because they revere saints and shrines, which for them is tantamount to idolatry.
President Abdel Fattah al-Sisi, a former armed forces commander who presents himself as a bulwark against militants in the region, convened an emergency security meeting soon after the attack, state television said.
Militants have mostly targeted security forces in their attacks since bloodshed in the Sinai worsened after 2013 when Sisi, then an armed forces commander, led the overthrow of President Mohamed Morsi of the Muslim Brotherhood.
But militants have also targeted local Sinai tribes that are working with the armed forces, branding them traitors for cooperating with the army and police.
In July this year, at least 23 soldiers were killed when suicide car bombs hit two military checkpoints in the Sinai, an attack claimed by Islamic State.
Militants have tried to expand beyond the largely barren, desert Sinai Peninsula into Egypt’s heavily populated mainland, hitting Coptic Christian churches and pilgrims. In May, gunmen attacked a Coptic group travelling to a monastery in southern Egypt, killing 29.