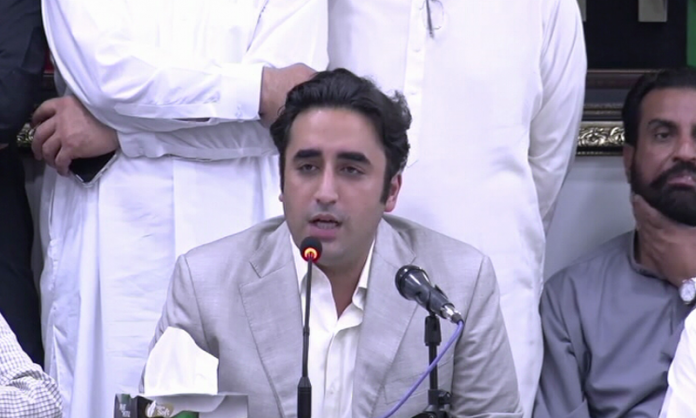 ISLAMABAD: PPP chairperson Bilawal Bhutto says that press freedom in the country has been chained with threats, intimidation, and pressure tactics by the PTI regime. He called for lifting the declared and undeclared curbs imposed on the Pakistani media.

“Imran Khan-led PTI regime has gagged the media to hide its illegitimacy, incompetence and sheer failures in every sector and several independent journalists and anchorpersons have been forcibly taken off TV screens, leading them to take to social media to express their independent analysis and opinions,” the PPP chairperson said in his message on World Press Freedom Day.

Bilawal, according to a report, pointed out that the PPP has been at the forefront of championing press freedom in Pakistan and former prime minister Benazir Bhutto had abolished the draconian press laws imposed by Zia’s dictatorial regime.

He said that the suppression of free media in Pakistan is a great disservice to the nation and will only serve to add fuel to the flames of the legitimate anger and frustration of the people. He said freedom of the press is a pivotal part of a vibrant society and democracy, giving a voice to the people.

World Press Freedom Day is being observed today across the globe, including Pakistan, to highlight that freedom of the press and freedom of expression are fundamental human rights.

The day has its origins in a UNESCO conference in Windhoek in 1991. The event ended on May 3, with the adoption of the landmark Windhoek Declaration for the Development of a Free, Independent and Pluralistic Press.

This day reminds people that many journalists face severe circumstances in line of their duty to dig out the truth in the best interest of the general public.