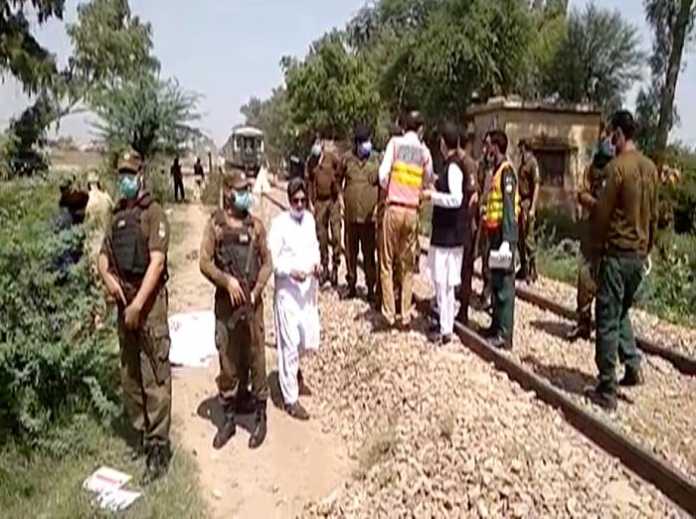 LAHORE: At least 19 Sikh pilgrims lost their lives as a passenger bus rammed into the Shah Hussain Express train on Friday, according to rescue officials.
It was learnt that 25 of a Sikh family were in the coaster, who were travelling from Peshawar to Nankana Sahib to attend a funeral.
According to rescue officials, the driver of the coaster tried to take the path from the railway crossing instead of the road, after which the vehicle collided with the Lahore-bound train near Farooqabad railway station.
Railway officials said the accident took place at a train crossing without a barrier. All the wounded have been shifted to a nearby hospital, added officials.
It was reported that all the bodies have been shifted to the hospital and rescue operation has been completed. The wounded were given first aid by locals at the time of the accident.
A few among the wounded are reportedly in a critical condition and receiving treatment at the District Headquarters hospital in Sheikhupura.
Prime Minister Imran Khan expressed profound grief over the loss of precious lives in the train-coach accident in Sheikhupura.
The prime minister directed authorities to provide best medical treatment to the wounded.
Following the accident, President Dr Arif Alvi also expressed grief over the loss of lives, urging the officials to provide best facilities to the affectees of the incident.
Chief Minister Punjab Usman Buzdar also expressed sorrow, saying that he deeply sympathises with the victims. He gave directions for provision of best treatment to the wounded.
After the accident, the district administration also established a control room at the deputy commissioner’s office.