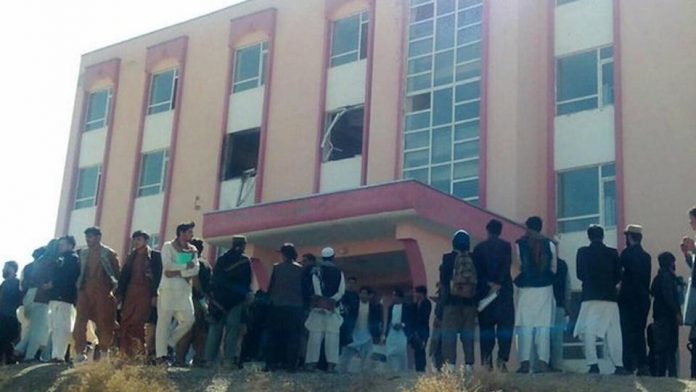 KABUL: An Afghan official says a bomb has gone off inside a classroom in eastern Ghazni province, wounding at least 19 university students.
Arif Noori, spokesman for the provincial governor, says 12 of the wounded are female students of the Ghazni University, located on the outskirts of the provincial capital, the city of Ghazni. Noori added that two of the wounded are in critical condition.
No one immediately claimed responsibility for Tuesday’s attack.
Last month a magnetic explosive device attached to a mini bus belonging to the same university detonated, killing the driver. Noori says five students were also wounded in that blast.
The Taliban are active in the province and regularly launch attacks against security forces there.