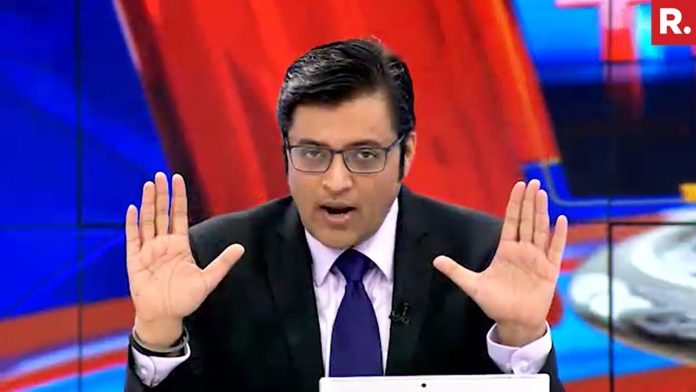 Indian journalist Arnab Goswami has once again been caught lying on national TV, promoting a baseless conspiracy theory against Pakistan. The episode aired on September 15 of his show “The Debate”.Goswami claimed his sources informed him that Pakistan Army personnel are staying on the fifth floor of Serena Hotel Kabul.

But there is one thing that is compelling people to think and it is that Serena hotel Kabul has only two floors above ground, perhaps the rest of the floors exist in Goswami’s fantasy world.

Goswami had invited Abdul Samad Yaqoob spokesperson of the PTI, along with others, to speak about the alleged in-fighting between the Afghan Taliban. The debate took an interesting turn when Yaqoob called out Goswami, questioning the credibility of his “sources” in Afghanistan who had previously declared the Taliban would never defeat their enemies in Panjshir and the group would split into rival factions. Goswami told Yaqoob “not to worry about my sources”

The next day, September 16, Yaqoob again showed up on ‘The Debate’ and told Goswami his “sources” probably didn’t exist since the Serena Kabul has only two floors to which Goswami had no logical answer to the counter.

Previously in early September, during the battle of Panjshir leading Indian TV channels aired ‘exclusive footage’ claiming the Pakistan Air Force dropping bombs on anti-Taliban forces in Panjshir. Later people around the world had a good laugh when it was revealed that the footage was extracted from Arma 3 a video game.