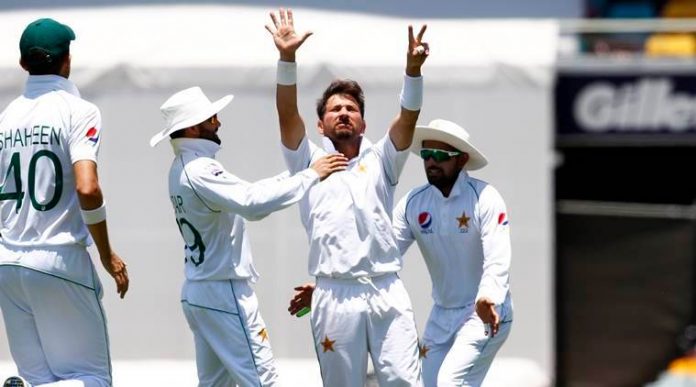 BRISBANE: Australia were all out for 580 in their first innings after tea on day three of the first Test against Pakistan in Brisbane on Saturday.
Marnus Labuschagne made 185 and David Warner 154, with the Australians taking a lead of 340 into the second innings.
After resuming day three at 312 for one, the Australians continued to pile on the runs on a flat Gabba wicket, with Labuschagne making his maiden Test century.