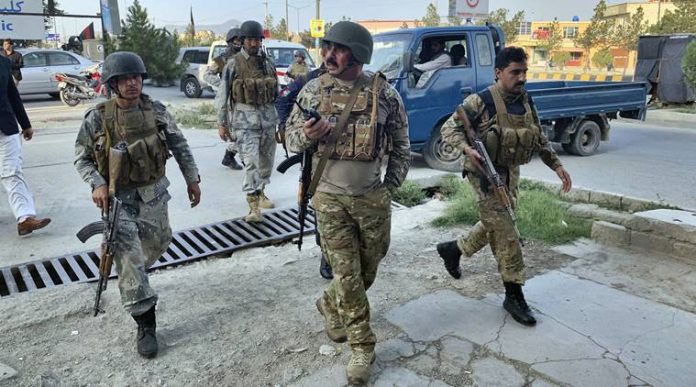 KABUL: At least 20 people were killed and 50 injured in a powerful explosion followed by a gun battle at vice presidential candidate Amrullah Saleh’s office on Sunday in Afghanistan’s capital city Kabul, the government said in a statement on Monday.
Saleh, a running mate of Afghan President Ashraf Ghani, was slightly injured in the attack. The interior ministry said Afghan forces shot four militants and rescued over 150 civilians during the six-hour-long operation.