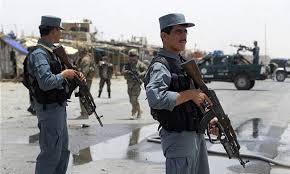 KABUL: A shootout at a wedding party in northern Afghanistan has left 21 people dead and another 10 wounded, an official said Monday.
Jaweed Basharat, the governor of Baghlan province, said a gunfight broke out between two groups attending the wedding in Andarab district late Sunday. Most of the dead were wedding guests aged 14 to 60 years old, he said.
Baghlan and other provinces of the north have been plagued by insurgent attacks since the US-led invasion in 2001 that toppled the Taliban. However, the war is often used as a cover for criminal activity and personal feuds.
The police chief of Andarab, Col Gulistan Qasani, said hostility between the two groups involved in the gunfight had been simmering for many years.
"The clash broke out after a relative of a provincial police official was assassinated during the wedding party," Qasani said.
He said some 400 people had gathered at a private house for the wedding of a local cleric’s son.

"When we collected the bodies it was difficult to determine who were the shooters and who were not, because I could not find any weapons," Qasani said.