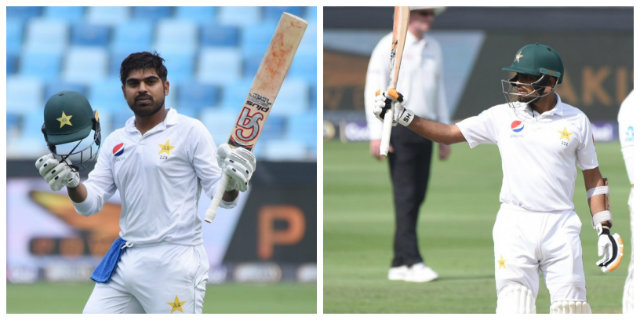 DUBAI: Pakistan declared their first innings closed at 418-5 on Sunday after Haris Sohail and Babar Azam completed centuries on the second day of the second Test against New Zealand in Dubai.
Sohail made a career best 147 while Azam remained not out on 127 as the two added 186 for the fifth wicket. Pakistan had resumed on 207-4.
Medium pacer Colin de Grandhomme finished with the best figures of 2-44 while left-arm spinner Ajaz Patel and pacer Trent Boult took one wicket apiece.
New Zealand lead the three-match series 1-0 after winning the first Test by four runs in Abu Dhabi last week.