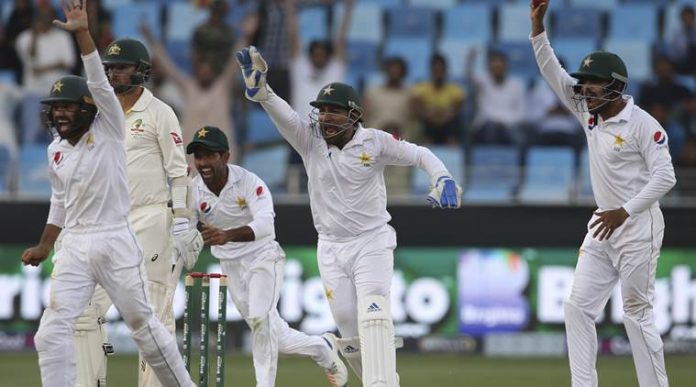 DUBAI: Australia on Tuesday dismissed Pakistan on 282 runs in first innings as Sarfraz and Fakhar’s cameos lift Pakistan to a fighting score.
Earlier today, Sarfraz won the toss and opted to bat.
With Pakistan 57 for 0, Australian skipper unleashed off-spinner Lyon. What next was an absolute feast of wickets as Pakistan lost five wickets without addition of single run.
However, skipper Sarfraz and debutant Fakhar initiated rescue drive while adding 157 runs for sixth wicket. The first to depart after century stand was Fakhar who fell prey to nervous 90s. Soon Sarfraz followed him in the pavilion.
The tail enders added 50 odd runs to give Pakistan a glimpse of hope.