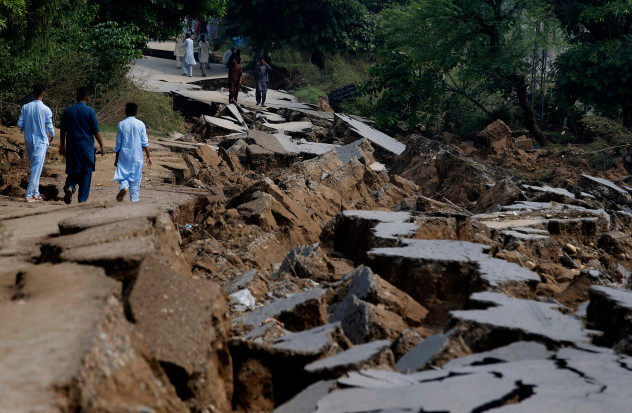 MIRPUR: At least 32 people were injured on Thursday after aftershocks jolted the cities of Mirpur and Jhelum, two days after a 5.8-magnitude quake hit Azad Jammu and Kashmir.
According to PEMA centre, the epicentre of the 4.4-magnitude tremor was six kilometres north of Jhelum.
Sources said most of the injured were from the Thothal district in Mirpur.
The tremor came as rescuers continued to pick through toppled buildings to reach victims from Tuesday’s earthquake which killed 37 and injured more than 500.
Near Mirpur, roads were completely destroyed and vehicles overturned by the tremors while bridges, mobile phone towers, and electricity poles were also badly damaged in the melee.
The quake sent people in Lahore and Islamabad running into the streets, while tremors were also felt as far as New Delhi. The Press Trust of India reported that panicking people rushed out of their homes and offices in several places, including in Rajasthan, Punjab, and Haryana.
Tremors were also felt in Rawalpindi, Murree, Jhelum, Charsadda, Swat, Khyber, Abbottabad, Bajaur, Nowshera, Mansehra, Battagram, Torghar and Kohistan.