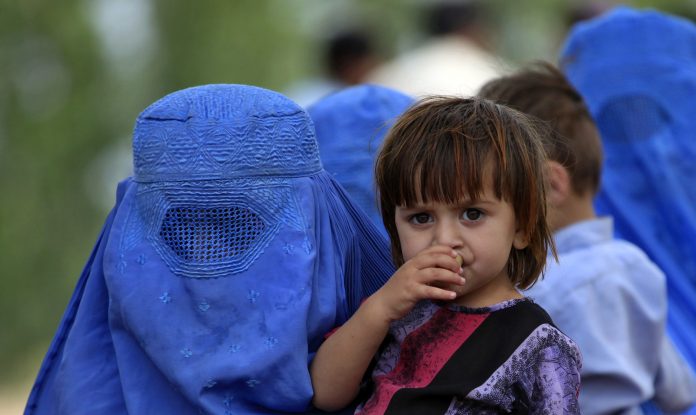 NEW YORK: United Nations (UN) in Afghanistan said that the raging violence in the country had displaced an additional 19,000 more people, piling the total to 338,000 this year alone.
In its latest report, the Office for the Coordination of Humanitarian Affairs (OCHA), stated as of November 12, a total of 338,108 people were displaced due to the conflict in Afghanistan.
This is up to nearly 19,000 people compared to the previous week, it said.
The latest figures came as the Afghan National Security and Defense Forces are busy fighting the Taliban and other insurgent groups in 88 out of the country’s 407 districts, according to the Afghan officials.
The Taliban’s annual spring offensives are in its final phase with the harsh winter approaching.
The OCHA report has indicated that the country’s northern and northeastern parts bordering the Central Asia have borne the brunt of the displacement caused by fighting where a total of 110,619 Internally Displaced Persons (IDPs) have been verified 32 percent of this year’s total displacement across the country.
The eastern Nangarhar province lying between the capital Kabul and Pakistan’s tribal areas is also among the worst affected regions in this regard.
OCHA has noted that 24,000 people are reportedly still in displacement from the Khogyani district, where the pro-Daesh and Taliban militants are often engaged in clashes for turf, and the Afghan forces are busy in the counter terrorism operations.
A total of 78,068 IDPs have been documented in the eastern region of Afghanistan since January.
Third worst affected is the southern region, the strongest bastion of the Taliban, where a total of 68,919 people are currently displaced, 20 percent of the total displacements this year.
OCHA has quoted local authorities saying nearly 5,500 people fled several contested districts in Helmand, Kandahar and Uruzgan provinces to Kandahar city and more than 7,500 people arrived in Gereshk town of Helmand in the past week. – APP