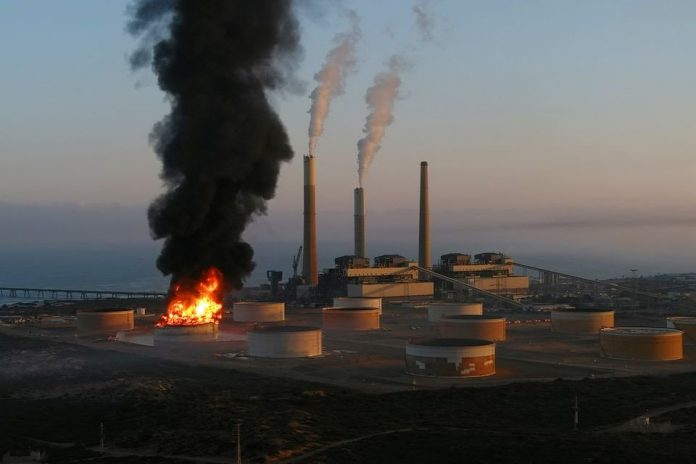 GAZA/JERUSALEM: Hostilities between Israel and Hamas escalated on Wednesday, with at least 35 killed in Gaza and five in Israel in the most intensive aerial exchanges for years.Israel carried out hundreds of airstrikes in Gaza into Wednesday morning, as the Palestinian groups fired multiple rocket barrages at Tel Aviv and Beersheba.

One multi-storey residential building in Gaza collapsed and another was heavily damaged after they were repeatedly hit by Israeli airstrikes.

Israel said its jets had targeted and killed several Hamas intelligence leaders early on Wednesday. Other strikes targeted what the military said were rocket launch sites, Hamas offices and the homes of Hamas leaders.

It was the heaviest offensive between Israel and Hamas since a 2014 war in Gaza and prompted international concern that the situation could spiral out of control.

“The cost of war in Gaza is devastating & is being paid by ordinary people. UN is working w/ all sides to restore calm. Stop the violence now,” he wrote.

Gazans homes shook and the sky lit up from Israeli attacks, outgoing rockets and Israeli air defence missiles intercepting them. At least 30 explosions were heard within a matter of minutes just after dawn on Wednesday.

Israelis ran for shelters or flattened themselves on pavements in communities more than 70 km (45 miles) up the coast and into southern Israel amid sounds of explosions as interceptor missiles streaked into the sky.

In the mixed Arab-Jewish town of Lod, near Tel Aviv, two people were killed after a rocket hit a vehicle in the area. Lod and other mixed towns have been gripped by angry demonstrations over the Gaza violence and tensions in Jerusalem.

Hamas’s armed wing said it fired 210 rockets towards Beersheba and Tel Aviv in response to the bombing of the tower buildings in Gaza City. Israel’s military says that around a third of the rockets have fallen short, landing within Gaza.

For Israel, the groups targeting Tel Aviv, its commercial capital, posed a new challenge in the confrontation with the Hamas.

The violence followed weeks of tension in Jerusalem during the Muslim fasting month of Ramazan, with clashes between Israeli police and Palestinian protesters in and around Al-Aqsa Mosque, on the compound revered by Jews as Temple Mount and by Muslims as the Noble Sanctuary.

These escalated in recent days ahead of a – now postponed – court hearing in a case that could end with Palestinian families being forcefully evicted from East Jerusalem homes claimed by Jewish settlers.

Violence has also flared in the occupied West Bank, where a 26-year-old Palestinian was killed by Israeli gunfire during stone-throwing clashes in a refugee camp near the city of Hebron. 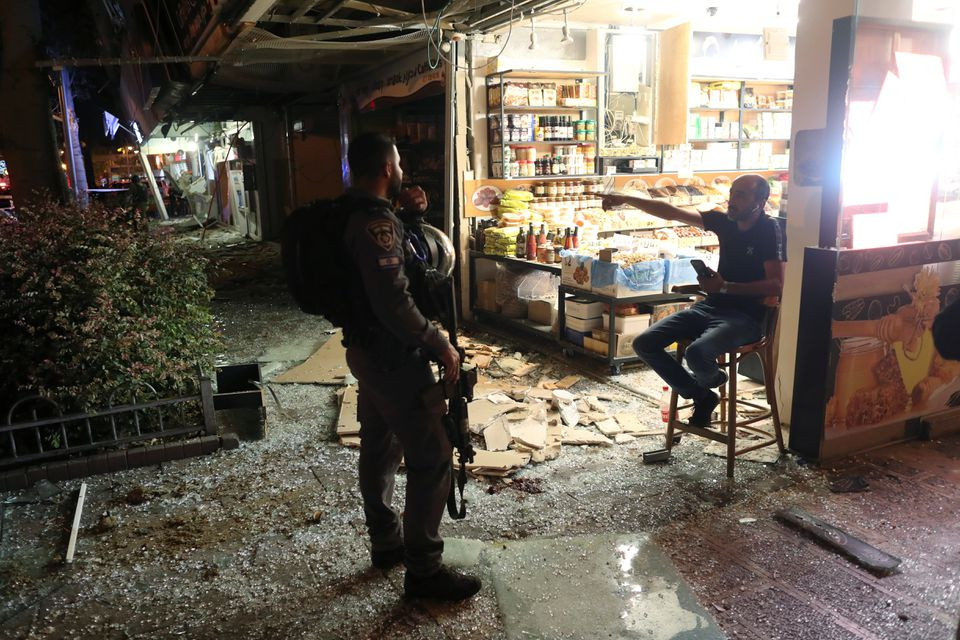 A member of the security forces speaks with a man at the scene where a rocket launched from the Gaza Strip hit, in Holon, Israel May 11, 2021. PHOTO: REUTERS