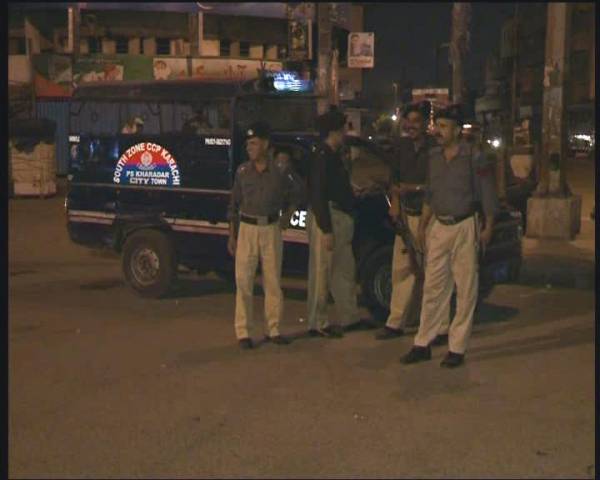 KARACHI: Police conducted a search operation in PIB Colony area of Karachi on Sunday on a tip-off that criminals are present in the area and apprehended at least 37 suspects.
According to details, police sealed all the entry and exit points of the PIB Colony and carried out house-to-house search during which 37 persons were taken into custody.
Police sources said the most of the arrested persons were drug addicts and fifteen hundred grams of marijuana and four motorcycles were recovered from them. Police also recovered one repeater, mobile phones and other arms from two arrested persons.
According to DSP Nasir Lodhi, the arrested persons were shifted to police station for further investigation.
On the other hand, police foiled an attempt to snatch ammunition from an ASI of traffic police. Police sources said that traffic police official was wounded in exchange of fire with the alleged attackers. Police also arrested an attacker who was also wounded in exchange of fire.