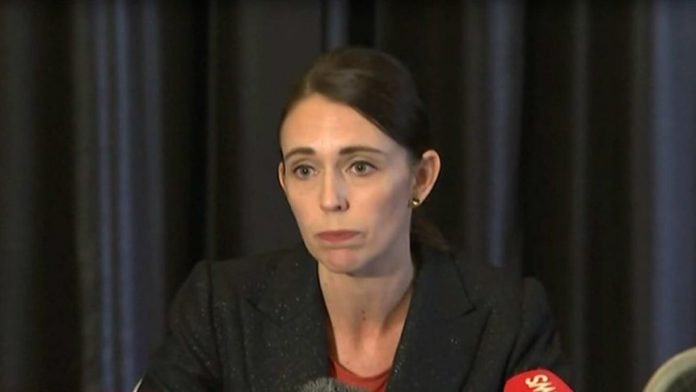 CHRISTCHURCH: Forty people were killed and 20 more were seriously injured in armed assaults on two Christchurch mosques Friday, New Zealand Prime Minister Jacinda Ardern said.
“It is clear that this can now only be described as a terrorist attack,” she said. “From what we know, it does appear to have been well planned.”
“Two explosive devices attached to suspect vehicles have now been found and they have been disarmed,” she added.
An Australian extremist killed Muslim worshippers during Friday prayers, authorities said, in an apparently livestreamed attack that forced the New Zealand city of Christchurch into lockdown.
Police said two mosques were targeted in the attack that Prime Minister Jacinda Ardern said marked “one of New Zealand’s darkest days”.
The police claimed to have arrested one person, but they were unsure if there were other people involved. The country’s police commissioner, Mike Bush, warned Christchurch residents to stay indoors and told anyone thinking of visiting a mosque in New Zealand today to not go.
Local media reported at least nine people were dead and the South Island city was placed in lockdown as police hunted for an “active shooter.”
“This is an evolving incident and we are working to confirm the facts, however we can confirm there have been a number of fatalities,” commissioner Mike Bush said.
He said one person was in custody but there may be other offenders and armed officers were attending a number of scenes, adding that police are responding with its full capability to manage the situation.
Prime Minister Jacinda Ardern describing the shooting as “one of New Zealand´s darkest days”.
The mosques were packed with worshippers gathering for Friday afternoon prayers, and members of the Bangladesh cricket team were arriving when the shooter opened fire.
Cricinfo’s Bangladesh correspondent Mohammad Isam posted a video to Twitter of the team rushing through Hagley Park away from the mosque.
Soon after they were barred from getting off the bus, the players escaped and ran through Hagley Park.
Visibly shaken, the Bangladesh players even urged passers-by not go any further on Deans Avenue. They made it back to Hagley Oval where they are currently locked down in their dressing room, as the manager Khaled Mashud is in contact with both the NZC and BCB.
Much of the coaching staff were back in the team hotel while the head coach Steve Rhodes was at the ground. Liton Das and Nayeem Hasan were also back in the hotel and have been contacted, and told to stay back at the hotel.
New Zealand and Bangladesh on Friday cancelled the third cricket Test after multiple people were killed in gun attacks on mosques in Christchurch, including one that was attended by the Bangladeshi team.
“A joint decision between NZC and the @BCBtigers has been made to cancel the Hagley Oval Test,” the New Zealand team tweeted, adding that all players and officials were safe.
The third and final Test was scheduled to start on Saturday at Christchurch´s Hagley Oval. New Zealand won the first two games in the series.
Bangladeshi players and team staff arrived at the city´s Masjid al Noor for Friday prayers as a shooting unfolded and were warned not to go inside.
“We are shocked and appalled, as I´m sure all New Zealanders are,” NZ Cricket chief executive David White told TVNZ.
“I have spoken to my counterpart in Bangladesh and we both agree that it´s inappropriate to play cricket at this time.” …Agencies