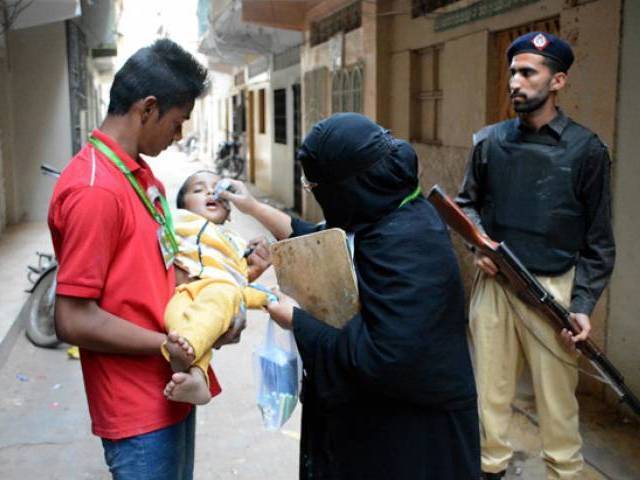 LAHORE: More than 4,000 families refused to administer their children with polio drops during an ongoing immunisation drive in Punjab.
Health department officials said that the refusals, originating from five districts of the province, stem from an anti-vaccine video being propagated on social media.
They added that more than 4,000 refusal cases were reported from the province — the most from Rawalpindi where 2,200 families did not let health workers administer polio drops to their young ones.
Officials said health teams also faced similar trouble in the districts of DG Khan, Rajanpur, Muzaffargarh and Toba Tek Singh.
They claimed that the false and baseless campaign against the polio vaccine is to blame for the refusal cases.
Media reports had stated earlier that a fake video regarding deaths caused by the polio vaccine had gone viral and led to refusal cases in Rawalpindi last month.
According to the government, five out of eight children paralysed by the poliovirus in 2017 came from families refusing vaccination due to misconceptions.