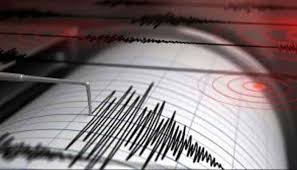 An earthquake jolted Swat, Kohistan, Mansehra, Abbottabad, and Galiyat districts on Monday. Tremors were also felt in Muzaffarabad, Kagan Valley and nearby districts. People rushed out of their homes due to severe tremors in Swat and Mansehra.

According to the Seismological Centre, the magnitude of the earthquake was 5.2 on the Richter scale. The epicentre was reported at the Hindu Kush Range at a depth of 105km.