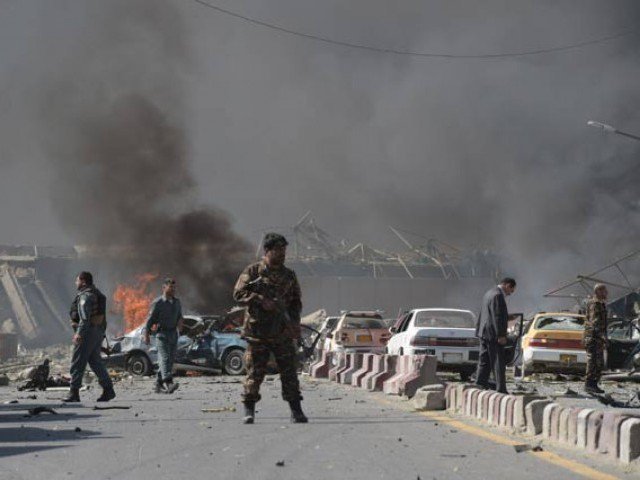 KABUL: At least 50 people were killed and several others injured in a powerful blast in Kabul’s diplomatic quarter early Wednesday, an interior ministry spokesman said.
The spokesman, Najib Danish, said he was unable to give a breakdown of the toll. A health ministry spokesman said more than 60 wounded people, mainly civilians, had been rushed to Kabul hospitals, adding: “We don’t know the number of killed yet”.
The powerful car bomb sent clouds of black smoke spiralling over the centre of the city in an area near the presidential palace and foreign embassies, police said.
Several people were killed and wounded in the blast near the fortified entrance to the German embassy, said Basir Mujahid, a spokesman for Kabul police.
“It was a car bomb near the German embassy, but there are several other important compounds and offices near there too. It is hard to say what the exact target is,” Mujahid said.
The explosion shattered windows and blew doors off their hinges in houses hundreds of metres away.
There was no immediate claim of responsibility for the blast. A spokesman for Taliban insurgents said he was gathering information.