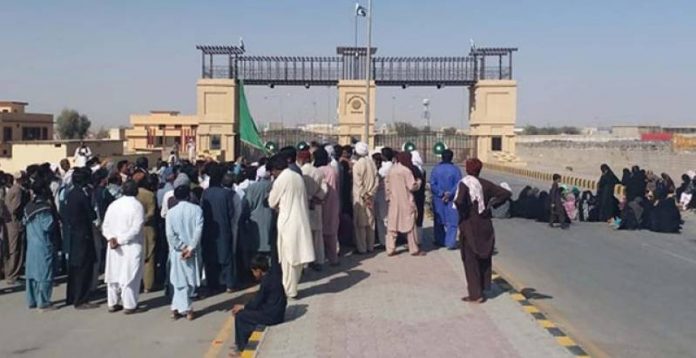 QUETTA: The Taftan border between Pakistan and Iran remains closed for eight day today (Sunday) after a temporary opening.
More 510 pilgrims have been sent to Pakistan House for proper medical checkup. The authorities told that camps, quilts, masks and food are being provided to the pilgrims.
Let it be known that Pakistan had on Friday temporarily reopened the Taftan border allowing its stranded pilgrims to cross into Pakistan after strict screening.
The spokesperson for the Balochistan government Liaquat Shahwani had confirmed that 350 pilgrims reached Taftan after being permitted to enter from the Pakistan-Iran border. They were shifted to the border by the Iranian authorities after their visas expired.
Afghanistan and Pakistan share long, porous borders with Iran. Millions of Afghan refugees currently live in the Islamic Republic — raising fears that the virus could easily spread over the border.
Pakistan — bordered by China to the north and Iran to the south — also suffers the additional burden of having a lacklustre healthcare system following decades of under-investment by the state, leaving impoverished, rural communities especially vulnerable.
Balochistan in particular is woefully unprepared to handle a public health emergency after being beset for decades by a separatist insurgency, jihadist violence, and neglect from the central government.
The novel coronavirus has spread to more than 25 countries, with more than 2,500 dead in China, and is causing mounting alarm due to new pockets of outbreaks in Europe, the Middle East and Asia.