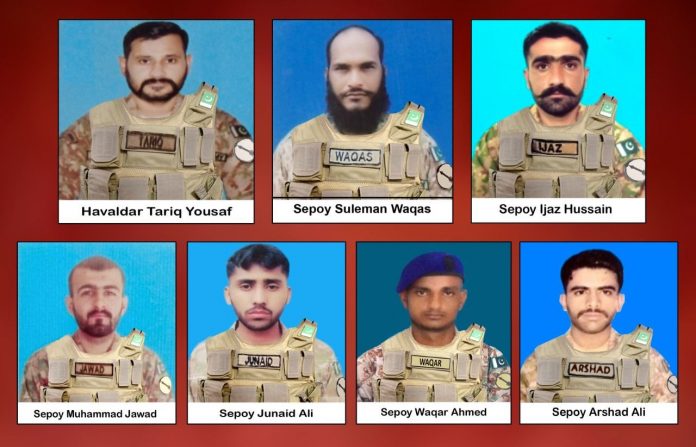 RAWALPINDI— Seven soldiers were martyred in North Waziristan Isham area-close to the border with Afghanistan- during an exchange of fire with terrorists who ambushed a military convoy, the military’s media affairs wing said.

The Inter-Services Public Relations (ISPR), in a statement, claimed that four insurgents have been killed on the spot in this encounter. However, during an intense exchange of fire, seven soldiers embraced martyrdom, said ISPR.

Meanwhile, Pakistan Army is determined to eliminate the menace of terrorism and such sacrifices of our brave soldiers further strengthen our resolve.

It is worth mentioning here Khyber Pakhtunkhwa and Balochistan provinces have witnessed increase in terrorist attacks in recent months.