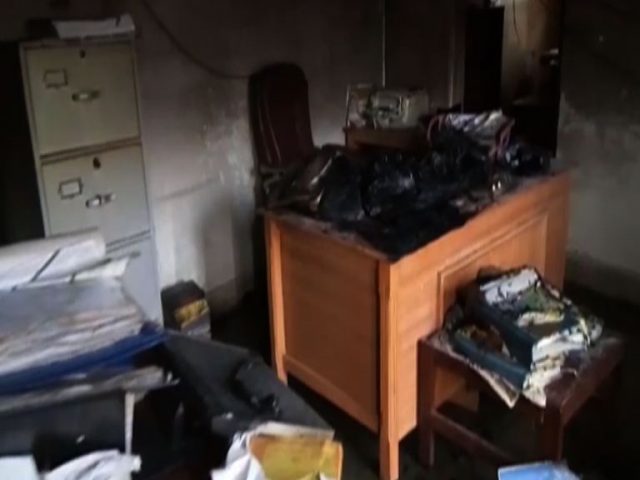 ABBOTTABAD: The pro-vice-chancellor of Abbottabad University was arrested on Sunday and remanded into police custody for one day for setting the varsity’s record room on fire.
Professor Muhammad Azhar Sherkheli and another suspect were arrested earlier in the day and then presented before the court.
A majority of the university’s financial records and other important documents were burnt in the fire in the varsity’s record room on August 23.
However, Prof Sherkheli shared with media that he has been arrested as part of a political ploy. “I am being punished for raising my voice against illegal appointments in the university,” he said and alleged that some politicians are also involved in the investigation against him.