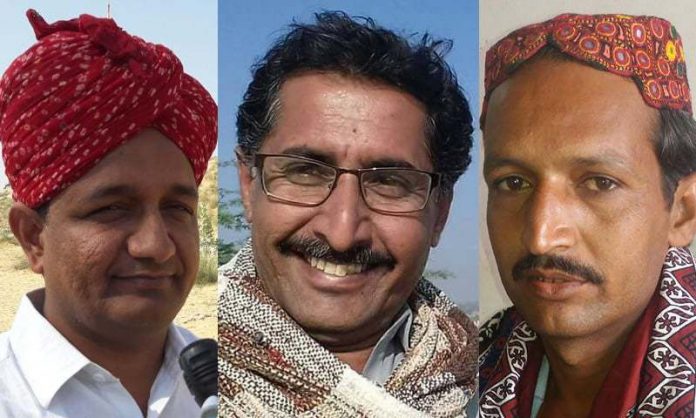 THARPARKAR: Activists Partab Shivani, Naseer Kumbhar and Umer Uner, who were whisked away in the early hours of Tuesday from the city of Mithi in Tharparkar, were returned to their homes on Wednesday evening.
Relatives of the activists confirmed their release. They had earlier alleged that the men were taken away by heavy contingents of law enforcers and Thar police during pre-dawn raids.
The relatives of the men had reportedly been made to sign undertakings — the exact contents of which are not known — before the release of the activists.
Their abduction were the most recent in a string of similar disappearances over the past few weeks.
On August 5, some family members of a self-exiled, separatist leader of the banned Jeay Sindh Muttahida Mahaz, Shafi Burfat, were whisked away from their residence.
On August 3, according to eyewitnesses, around a dozen men in police commando uniforms had also picked up Punhal Sario, the leader of the recently-formed Voice for Missing Persons of Sindh, from Hyderabad.
A number of protests by civil society groups were held on August 4 in various cities of the province, including Sukkur, Jacobabad, Mirpurkhas, Badin, Umerkot and Mithi, to bring attention to the rising incidence of forced disappearances of rights activists, journalists and writers.