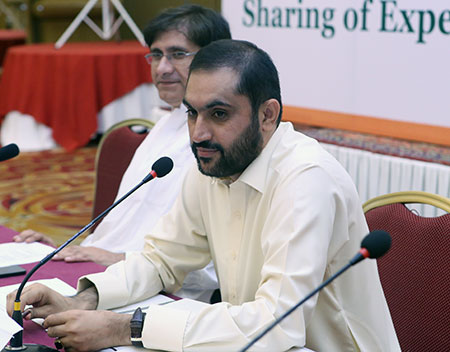 QUETTA: Pakistan Muslim League-Quaid (PML-Q) MPA, Mir Abdul Qudus Bizenjo has emerged as top cntender for the appointment of new Chief Minister Balochistan, days after Nawab Sanaullah Zehri resigned in the wake of a no-trust move against him in the provincial assembly.
According to media reports, Bizenjo’s name has been finalised for the slot of Balochistan chief minister.
Bizenjo withdrew his no-confidence motion on Tuesday, moments after Zehri stepped down from the post.
The PML-N-led coalition government in Balochistan faced a serious crisis after its several lawmakers joined hands with the opposition parties for tabling a no-confidence motion against Zehri.
To deal with the brewing political crisis in Balochistan, the central PML-N leadership had formed a three-member committee comprising Leader of the House in Senate Raja Zafarul Haq, Interior Minister Ahsan Iqbal and Railways Minister Khawaja Saad Rafiq.
The committee members had been instructed to redress the grievances of the defectors and bring them back to the party fold. However, the detractors were not ready to hold talks with anyone and alleged that the top party leaders had ignored them throughout the assembly tenure.