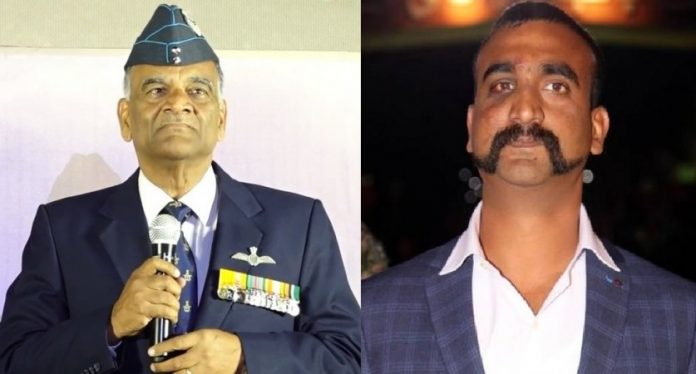 NEW DELHI: Simhakutty Varthaman, Indian air marshal (retd) and father of wing commander Abhinandan who was captured by Pakistan and then released in a gesture of peace, said that Pakistan’s F-16 and its AMRAAM missiles are a “real threat” to India.
Speaking at the Indian Institute of Technology Madras on Wednesday, he said that Pakistan’s F-16 purportedly deployed in a 27 February dogfight and its AMRAAM missiles were a ‘real threat’ to New Delhi, Indian media reported.
The ex-military official said that India had launched seven aircraft towards Bahawalpur, which he claimed was the ‘headquarters’ of Jaish-e Mohammad, adding that Pakistan thought we were on the way to attack Bahawalpur and sent F-16s to engage with Indian fighter aircraft.
He added that Pakistan was in a total state of alert, they knew an attack from India was imminent. However, Indian air force could not succeed to achieve the target.
Varthaman added: “We had to first get F-16s off our back by making sure they were headed to some other direction when we were going to Balakot”.
Indian media cited Varthaman as saying that the Balakot strike was the first time that IAF aircraft had crossed the Line of Control since the 1971 war with Pakistan.
He repeated the claim that the laser-guided smart bombs used to attack a suspected camp at Balakot could have killed hundreds of militants.
The following day, Pakistan shot down two Indian aircraft violating its airspace and captured Abhinandan, who was later released in a gesture of peace.