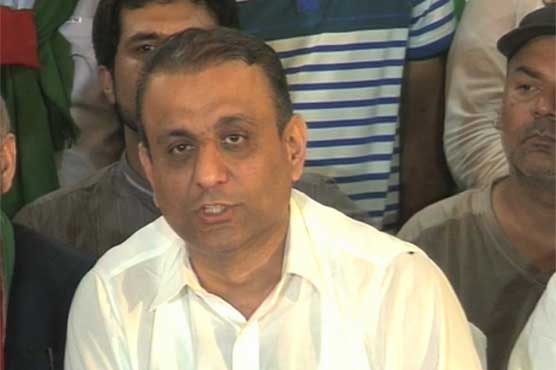 LAHORE: An accountability court has on Monday extended Pakistan Tehreek-e-Insaf (PTI) leader Aleem Khan’s judicial remand till May 27 in assets beyond sources case.
Duty Judge Syed Jawad ul Hassan conducted the hearing and inquired about the reference against the PTI leader.
Meanwhile, a hearing on Aleem Khan’s bail plea was also conducted by Lahore High Court (LHC).
On February 6, Aleem was detained by the NAB while recording his statement in a case lined to an offshore company unveiled in the Panama Papers leaks.
On February 7, the court sent him on a nine-day physical remand in NAB’s custody. During hearing of the case on February 15, the NAB’s prosecutor told the court that in 2003, Aleem Khan was an ordinary citizen and suddenly in 2007, he became millionaire with 35 companies.
The bureau’s prosecutor maintained that the PTI leader concealed his assets.
The NAB prosecutor maintained that AED30 million were transferred from Pakistan to Dubai and the accused failed to provide details.
Contrarily, Aleem Khan’s counsel maintained that the money was sent from the account of Aleem’s mother and that his client has submitted all of his documents to the anti-graft watchdog body.