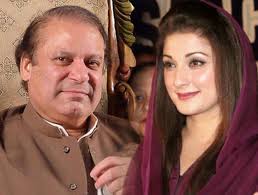 ISLAMABAD: The accountability court hearing corruption references against former prime minister Nawaz Sharif and his family rejected on Thursday their request to be exempted from appearance.
Nawaz, daughter Maryam and son-in-law MNA Capt (retd) Safdar had pleaded the court to be exempted from appearance from February 19 to March 5.
The references filed by the National Accountability Bureau (NAB) pertain to the Al-Azizia Steel Mills, Flagship Investment Ltd and Avenfield properties in London.
The three accused appeared today in the courtroom of Accountability Court-I Judge Mohammad Bashir.
During today’s proceedings, the defence and prosecution presented their respective arguments on the three suspects’ request to be exempted from appearance from February 19 to March 5 as the family has to travel to London to visit Nawaz’s ailing wife, Kulsoom.
Nawaz’s counsel pleaded the court to allow his client to travel to London. However, NAB Deputy Prosecutor General Muzaffar Abbasi opposed the plea citing the nearing of the March deadline by the Supreme Court to wrap up the case.
Abbasi further stated that Nawaz’s two sons are already proclaimed offenders in the case.
Moreover, the accused also signed and received the copies of the two supplementary references filed by NAB against them during the hearing.
The court had earlier reserved the decision on the plea and later rejected it.
The hearing of the case has been adjourned until February 22.