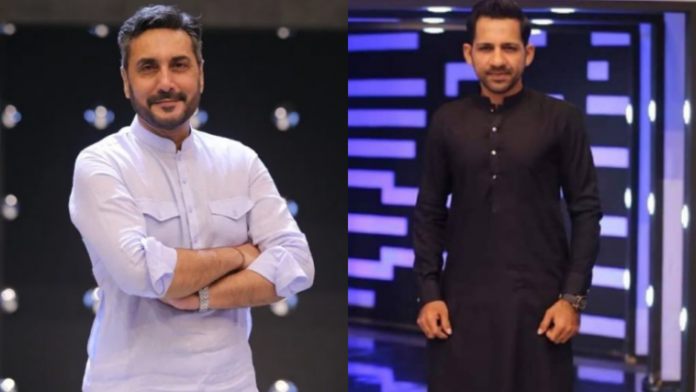 KARACHI: Famous tv actor and star Adnan Siddiqui, recently came under fire for ‘mocking’ Sarfaraz Ahmed’s speech during a private tv Channel show.
The celebrity, however, apologized to the cricketer after being trolled by his fans on Twitter. Fans criticized him for disrespecting national heroes like Ahmed who have brought pride to the country on various international platforms.
According to details, Adnan Siddiqui caused an uproar on Twitter when a video of him mocking Sarfaraz Ahmed started going viral.
The two were part of the game show and a certain clip from the program started circulating where Siddiqui is seen not just joking at the cricket captain’s expense but ridiculing his speech.
This disappointed fans that immediately expressed their anger towards the actor’s actions.