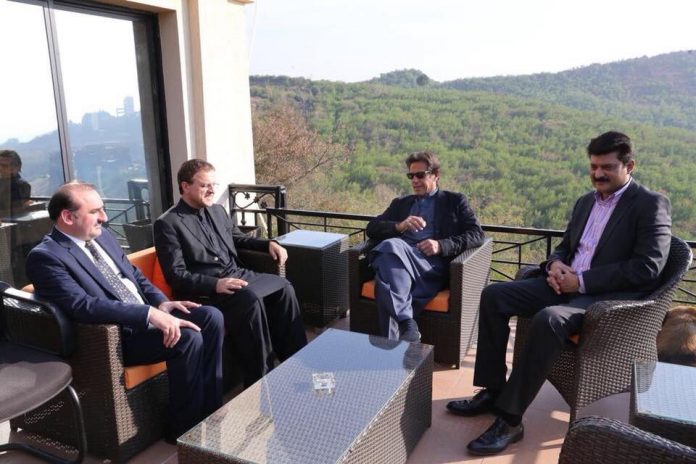 ISLAMABAD: Afghan Ambassador to Pakistan Omar Zakhilwal has congratulated Pakistan Tehreek-e-Insaf (PTI) Chairman Imran Khan for historic success in general elections held recently.
In his message on twitter, the Ambassador said that Imran Khan, like a true friend, had always supported the stance of Afghanistan.
Zakhilwal added that Imran Khan had called for Pakistan’s role in peace and stability in Afghanistan.
He wrote, “Over my stay in Pak have developed a close friendship resulting from his consistently welcoming positions on Afghanistan: calling for Pak’s constructive role in our peace&stability & strong support for Afghan refugees”.