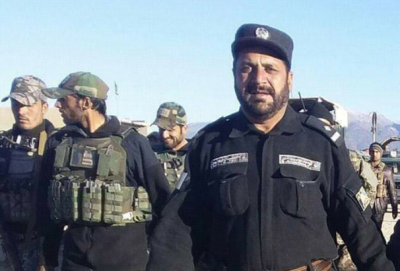 PAKTIKA: Mohammad Ayoub Tandar, chief of police for Barmal district, who was killed in Taliban ambush.
An Afghan district police chief has been killed in a clash with Taliban insurgents in Afghanistan’s eastern Paktika province, officials said on Wednesday.
The clash happened after insurgents ambushed the convoy of Mohammad Ayoub Tandar, chief of police for Barmal district, in Yahya Kheil district last night as he was travelling to his home, the provincial police said in a statement.
The commander was killed and his three guards were wounded in the clash which lasted for three hours.
The clash also left three Taliban attackers dead and another three wounded.