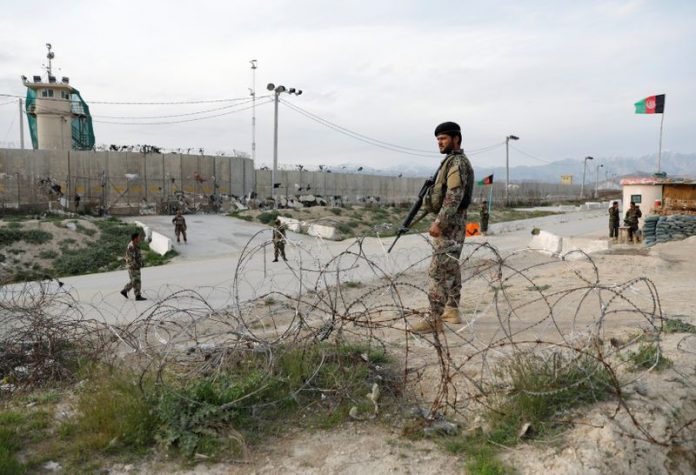 KABUL: The Afghan government on Wednesday freed 100 Taliban prisoners as a first step in a peace process, despite the group’s suspension of talks on a planned prisoner exchange crucial to moving to formal talks to end years of war.
Differences over the prisoner release question have been complicating US brokered attempts to create a lasting peace agreement to end more than 18 years of conflict in Afghanistan.
“The government of the Islamic Republic of Afghanistan released 100 Taliban prisoners today based on their health condition, age and length of remaining sentence, as part of our efforts for peace,” said Javid Faisal, a spokesman for the Afghan National Security Council, which has been negotiating with the Taliban.
A February pact between the United States and the Taliban, under which US-led international forces will withdraw in phases in exchange for Taliban security guarantees, is the best chance to reduce US military involvement in Afghanistan.
But peace hinges on talks between the US-backed Afghan government and the militants. A prisoner exchange is meant to build confidence on both sides for those talks.
Despite this week’s setbacks over the prisoner releases, US Secretary of State Mike Pompeo on Tuesday said progress had been made since he visited Kabul on March 23 and also met Taliban officials in Qatar to iron out the differences.
The US signed a deal with the Taliban in late February that required the Afghan government — which was not a signatory to the accord — to free 5,000 Taliban prisoners, and for the insurgents to release 1,000 pro-government captives in return.
In the accord, Washington promised the withdrawal of US and foreign troops from Afghanistan by July next year provided the Taliban start talks with Kabul and adhere to other guarantees. …Agencies