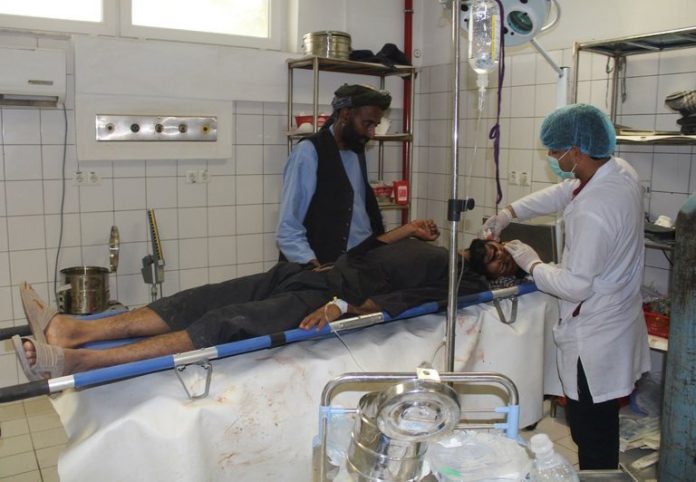 KABUL: Afghan military helicopters bombed a religious gathering in the northern province of Kunduz on Monday, killing at least 70 people and wounding 30 others, according to a local official in the area.
The official, Nasruddin Saadi, district governor of Dasht-e-Archi, said that the helicopters attacked a religious ceremony for which about 1,000 people had assembled in a mosque and surrounding fields around noon. 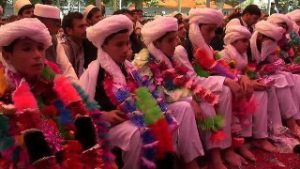 Witnesses reached by telephone said that the mosque was also a madrasa, or religious school, and that members of the Taliban had been present at the assembly, which had been organized to recognize graduates, appoint mullahs and elevate junior mullahs.
Mr. Saadi also said that the event was religious in nature and that the security forces had decided to attack because armed militants were in attendance.
Witnesses are reporting a large number of civilians were killed in the Kunduz Province of northern Afghanistan Monday, following an attack by the Afghan military. The attack hit a mosque attached to a religious school, and at least 70 people were killed.
Reportedly, the attack came during a large ceremony to recognize graduates of the school and to appoint new mullahs for the religious school. Around 1,000 people were in attendance, and there was speculation that some local Taliban figures were present.
The district governor, Nasruddin Saadi, said that there were armed militants present at the religious event, and that this was the reason security forces decided to attack. This was apparently done irrespective of civilian danger.
The Afghan Defense Ministry told a totally different story, in keeping with their attempts to manage the narrative on big events. The ministry insists the mosque rally wasn’t religious in nature, and that it was Taliban forces massing for a sneak attack.
Despite a number of small children and other obvious civilians being slain, the Defense Ministry insisted everyone killed was a terrorist. They also insisted that only 21 people were killed, despite everyone else reporting at least 70.