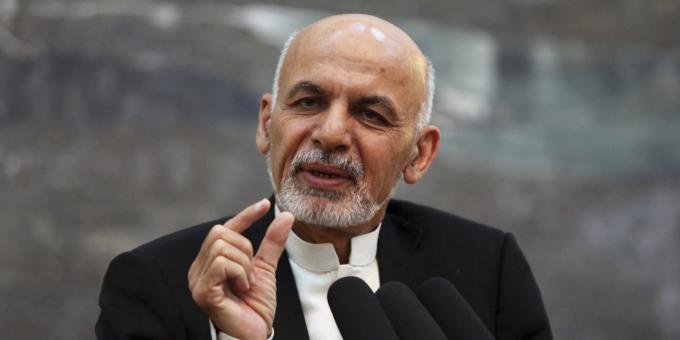 ASHGABAT: Leading a high-level government delegation, President Mohammad Ashraf Ghani Saturday arrived in Turkmenistan to participate in the inauguration ceremony of construction of Turkmenistan-Afghanistan-Pakistan-India (TAPI) gas pipeline.
President Ghani is paying the visit based on an invitation from his Turkmen counterpart Gurbanguly Berdymuhamedov.
Besides taking part in the opening ceremony of the construction work of TAPI project, President Ghani will also participate in the conference organized on neutral policies of international cooperation on peace, security and development in Ashgabat.
The President is accompanied by his Adviser Hamayoun Qayoumi, Ministers Eklil Hakimi, Dawoud Shah Saba, Ali Ahmad Osmani, Mohammad Hamayoun Rasa, Asadullah Zamir and other government officials, governors of Herat and Farayab provinces and Presidential Adviser on Middle East affairs.
The project is scheduled to begin by Turkmenistan state-run gas company Turkmengaz, which was named project consortium leader for TAPI Pipeline Company Limited in August, and energy infrastructure construction division Turkmenneftegazstroi in December.
The $10 billion gas pipeline supported by the United States and the Asian Development Bank is designed to transport 33 billion cubic meters of gas annually for a period of three decades to Afghanistan, Pakistan and India.
The construction of the pipeline with a length of 1,735 kilometers (1,084 mile) is expected to complete by the end of December 2018 and last for 30 years.
The pipeline will run more than 700 km across Afghanistan on its way to Pakistan and India which would be filled with gas from Turkmenistan’s mammoth Galkynysh field, the world’s second-largest reservoir of natural gas.
The project will create job opportunities for tens of thousands of Afghanistan and will receive millions of dollars every year as the transit.