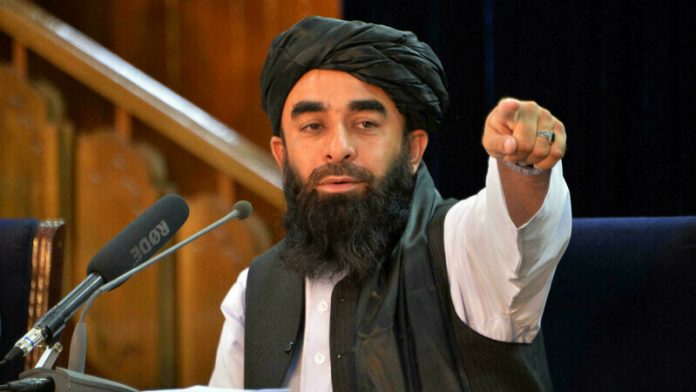 ha
KABUL— Islamic Emirate of Afghanistan (IEA) Deputy Ministry of Information and Afghan Taliban Spokesperson Zabihullah Mujahid has said that a ceasefire between Pakistan and the banned the Tehrik-e-Taliban Pakistan (TTP) would be a long one.
Responding to written questions sent by Independent Urdu , Zabihullah Mujahid said the Afghan Taliban had nothing to do with the Pakistan-TTP talks. We do not want to interfere in this because it is a mutual issue which should be resolved.

To a question about demands put forward by the TTP and how many of these are acceptable to Pakistan, Mujahid said that Afghan Taliban do not wish to interfere as it is a bi-lateral issue between the two.

It is one of Pakistan’s issues which should be solved, he stressed.

He said that Afghan Taliban are in the favor of reconciliation and wish that both the parties show some flexibility.

The last round of Pakistan-TTP talks, which began about three weeks ago in Kabul, had concluded with an agreement to uphold an indefinite ceasefire.

Zabihullah also expressed hope that the ceasefire between the TTP and Pakistan is long-lasting and both the parties stop attacking each other.

Afghanistan would not allow anyone to carry out attacks from its soil if the ceasefire between the TTP and Pakistan collapse, he said.

The spokesperson also confirmed that TTP has issued a statement concerning the ceasefire agreement with the Pakistani government.

It is pertinent to mention here that Pakistan through Grand Jirga hold couple of rounds of peace talks with TTP in Kabul facilitated by the Afghan Taliban. The TTP is demanding reversal of the Fata merger and withdrawal of the Pak-Army from merged districts. Following successful talks, TTP has announced indefinite ceasefire.

The PPP, coalition partner of the incumbent government, had expressed deep concerns over the ongoing talks with TTP without informing and taking the parliaments into confidence.