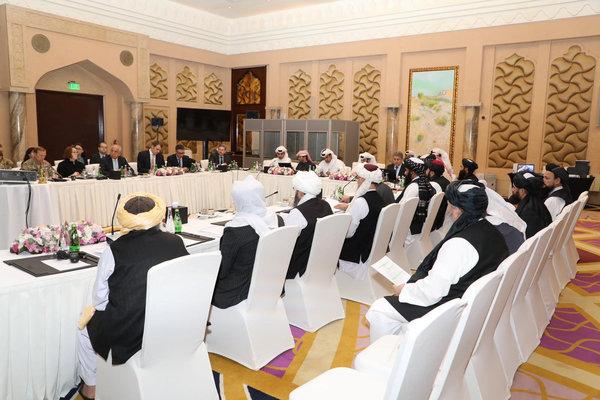 KABUL: The Afghan Taliban have rejected US special representative for reconciliation in Afghanistan Zalmay Khalilzad’s demand for putting down weapons and asked the US to stop the use of force in Afghanistan.
In series of tweets, spokesman for the Taliban, Zabihullah Mujahid stated, “@US4AfghanPeace should forget about the idea of us putting down our arms. Instead of such fantasies, he should drive the idea home (US) about ending the use of force & incurring further human & financial losses for the decaying Kabul administration.”
“Stop repeating failed strategies & expecting different outcomes. It would be better if @US4AfghanPeace musters the courage to call a spade a spade, not a gardening tool & accept the current realities.”
Earlier, Khalilzad had tweeted, “back in Doha for talks. In our opening session, I underscored to the Talibs that the Afghan people, who are their brothers & sisters, want this war to end. It is time to put down arms, stop the violence, & embrace peace. “
“Peace will require that we find common-ground on four inter-connected issues: troop withdrawal, counter-terrorism assurances, intra-Afghan dialogue & negotiations, and reduction in violence leading to a comprehensive ceasefire. Nothing will be final until we agree on all 4 issues”