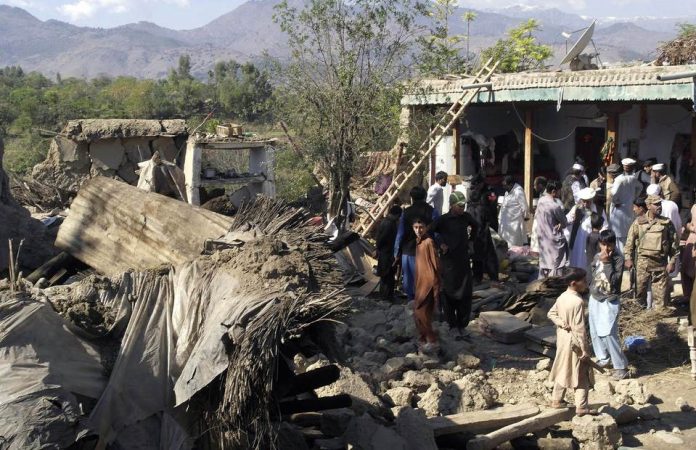 KABUL— A powerful earthquake of magnitude 6.1 in Afghanistan killed at least 280 people and injured more than 500 others in areas bordering Pakistan, with the toll expected to rise, officials said Wednesday.

According to state-run Bakhtar News Agency, majority of confirmed deaths were reported in the province of Paktika, bordering Pakistan, in the last night powerful earthquake.

The majority of confirmed deaths were in the province of Paktika, where 100 people were killed and 250 injured, said Mohammad Nassim Haqqani, the head of the Taliban administration’s disaster management authority.

“We call on aid agencies to provide immediate relief to the victims of the earthquake to prevent a humanitarian catastrophe,” tweeted government spokesman Bilal Karimi after quake hit several areas of eastern Afghanistan.

The quake struck about 44km (27 miles) from the city of Khost, near the Pakistani border, at a depth of 51km, the US Geological Survey said.

Mohammad Amin Huzaifa, head of the Information and Culture Department in Paktika, one of the provinces hit by the tremor, told foreign news agency the toll is expected to rise.

Government officials said they would soon release details of casualties and damage caused by the quake.

Afghanistan is frequently hit by earthquakes, especially in the Hindu Kush mountain range, which lies near the junction of the Eurasian and Indian tectonic plates