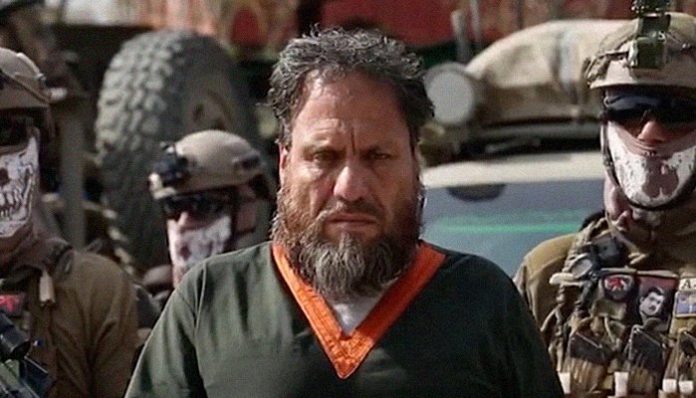 ISLAMABAD: Afghanistan on Saturday turned down Pakistan’s request to handover Aslam Farooqi, leader of the Islamic State of Khorasan Province (ISKP), an affiliate of the militant Islamic State (IS).
On April 4, Afghanistan’s intelligence agency, the National Directorate of Security (NDS), announced that they had arrested Farooqi, whose real name is Abdullah Orakzai, in Kandahar province.
Turning down the request, the Afghan Foreign Ministry said Farooqi was involved in the killing of hundreds of Afghans, therefore, he should be tried under the law of the country.
It further noted that Afghanistan and Pakistan have no extradition treaty and Kabul was under no obligation to hand over the IS-Khorasan chief.
The Afghan Foreign Ministry added that Islamabad and Kabul could work together to curb terrorism in the region.
The Foreign Office had made the demand of handing over Farooqi with the Afghan Ambassador on Thursday.
“The ambassador of Afghanistan to Pakistan was called to the Ministry of Foreign Affairs and conveyed Pakistan’s views about the arrest of ISKP leader, Aslam Farooqi, by the Afghan authorities on April 5, 2020,” said a statement issued by the Foreign Office.
It was emphasised that Pakistan had been expressing its concerns over the activities of the group, which were clearly detrimental to Pakistan.
The statement underscored that since Aslam Farooqi was involved in anti-Pakistan activities in Afghanistan, he should be handed over to Pakistan for further investigation and also suggested that the two sides should coordinate actions against the menace of terrorism, including through established mechanisms.
The group took the responsibility of a recent attack targeting a Sikh Gurdwara in Kabul, leaving scores dead.
The group has also been involved in several terrorist attacks in Pakistan. Islamabad has long suspected that the group enjoyed tacit support of the Afghan intelligence agency. It also accused the group of being the proxy of Indian intelligence service RAW.
It was not clear under what circumstances Aslam Farooqi was arrested, though the group claimed he himself surrendered to the Afghan authorities.
There were reports that he might have handed himself over to the Afghan authorities in order to avoid being targeted by the Afghan Taliban, who agreed to eliminate all such groups using the Afghan soil against others.