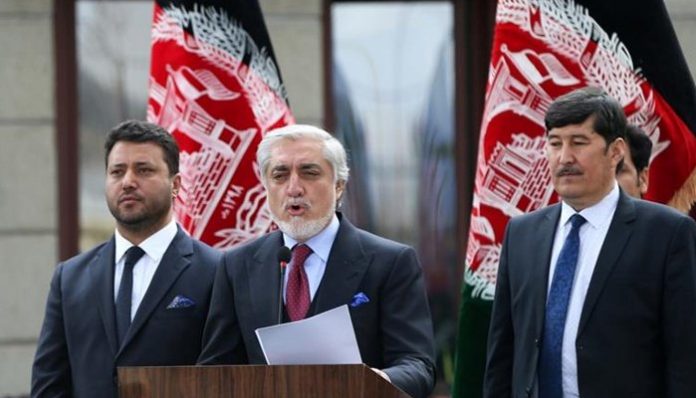 KABUL: A top Afghan official appointed to lead the much-awaited peace talks with the Taliban said Saturday his team was ready to start “at any moment” with the insurgents.
Abdullah Abdullah, who heads a council to represent the government in negotiations, said an ongoing lull in violence triggered by a surprise ceasefire offered by the insurgents had set the tone for launching the peace talks.
“The announcement of the ceasefire, a reduction in violence and the exchange of prisoners have all paved the way for a good beginning,” Abdullah said at his first press conference since taking on the role.
“The negotiating team is ready to begin the talks at any moment,” he said.
However, he added that there must be a fresh ceasefire during the talks.
The Taliban offered a rare three-day ceasefire that ended on Tuesday night to mark the Eid-ul-Fitr festival.
Officials have blamed the Taliban for carrying out some deadly attacks against security forces since the ceasefire ended, but also acknowledged that the temporary truce has led to an overall fall in violence across much of the country.
The government responded to the ceasefire by accelerating the release of hundreds of Taliban prisoners.
The peace talks between the government and Taliban were scheduled to begin before March 10.
The United States has pushed the two sides to begin negotiating with an aim to end the nearly two-decades old war in the impoverished country. …Agencies