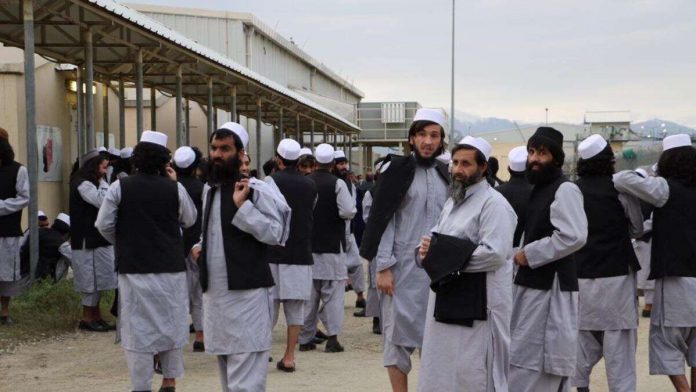 KABUL: Afghan authorities plan to release 900 more Taliban prisoners Tuesday, as a rare ceasefire by the insurgents entered its third and last day.
The pause in fighting, which came into effect Sunday to mark the holiday of Eid al-Fitr, was for the most part holding out across the country, officials said.
The government earlier responded to the Taliban’s ceasefire offer by announcing plans to release up to 2,000 insurgent prisoners.
On Monday they freed 100 people and will release another 900 on Tuesday, the government said, the biggest group of Taliban prisoners freed so far.
“There is a decision to release 900 today,” National Security Council spokesman Javid Faisal told foreign news agency.
But the exact number could vary subject to legal procedures, he added.
The ceasefire, only the second of its kind in the 19-year-old conflict, has raised hopes of an extended truce that could pave the way for long-awaited peace talks between the Taliban and Afghan government.
President Ashraf Ghani has said his administration is ready to begin the negotiations, seen as key to ending the war in the impoverished country.
On Tuesday officials said the ceasefire, the country’s first initiated by the Taliban, had largely been observed.
The only other comparable pause in violence came over Eid in 2018, an olive branch offered by Ghani.
Violence in Afghanistan escalated after the Taliban signed a deal with Washington in February to withdraw all US forces by next year.
The agreement also stipulated the Afghan government would first release up to 5,000 Taliban prisoners and the militants would free about 1,000 national security personnel.
Prior to this week’s releases, Kabul had already freed about 1,000 Taliban inmates, while the insurgents had let go about 300 Afghan security forces captives.
US Secretary of State Mike Pompeo has welcomed the ceasefire, and said the freed Taliban fighters should not return to the battlefield. …Agencies