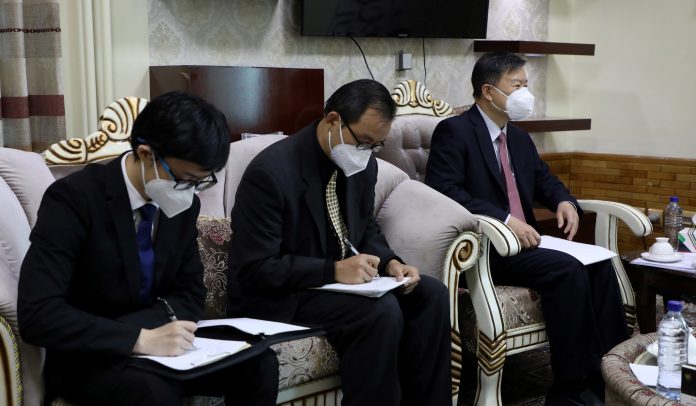 During meeting, Mullah Abdul Ghani Baradar said that China holds the top spot in the international economy and urged it to make investment in Afghanistan.

Mullah Abdul Ghani Baradar said that Afghanistan is rich in natural resources, and turned out to be a secure place for investment because of improved security situation than in previous years.

Besides this, Ghani Baradar also urged to include Afghanistan in the One Belt One Road project.

On this occasion, the Chinese ambassador said that his country wants to deepen its ties with Afghanistan and support new government.

He claimed that China had plans to soon start the implementation of the projects and to finish off other major incomplete projects that were supported by the World Bank or the ADB. In addition, Mr. Yu requested information from the Islamic Emirate of Afghanistan regarding the projects that were high on their list of priorities so that they could plan their investment in those areas.

The Chinese ambassador further stated that his nation would make every effort to maintain its bilateral ties and collaboration with the Islamic Emirate of Afghanistan in any circumstance.