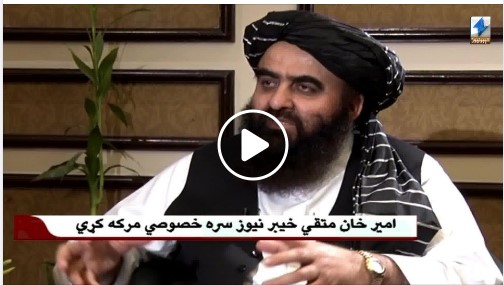 In his interview Ameer Khan Muttaqi said the the coalition government in Afghanistan includes people of all races and ethnicities. Women in particular have been welcomed into the government.

In response to a question, He said that the education system was paralyzed all over the world due to Corona. Corona also affected Afghanistan, however, once the situation returns to normal, special measures will be taken to educate women in Afghanistan.